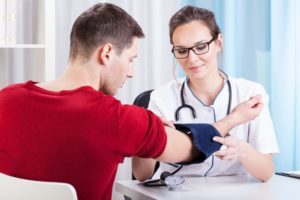 Healthy living can help prevent some of the leading causes of death for men. Even the smallest changes, like eating a balanced diet, including plenty of fruits and vegetables and less saturated fat and some form of daily exercise, may reduce your risk of cancer and other chronic diseases — putting you on the path to a longer, healthier life.

Unlike women, men are often unlikely to seek out medical help until a health issue is out of hand.

From infancy to old age, women are simply healthier than men. Out of the 15 leading causes of death, men lead women in all of them except Alzheimer’s disease.

While the reasons are partly biological, men’s approach to their health plays a role too. They simply tend to put their health last.

They call it atherosclerosis or “hardening of the arteries could easily be “a man’s worst enemy.” In general, heart disease and stroke are the first and second leading cause of death worldwide, for both men and women.

In cardiovascular disease, cholesterol plaques gradually block the arteries in the heart and brain. If a plaque becomes unstable, a blood clot forms, blocking the artery and causing a heart attack or stroke

So, all the more important for men to get cholesterol checked at least every five years, control blood pressure, get some physical activity in daily and eat for fruits and vegetables and less saturated or trans fats.

Lung cancer is the leading cancer killer of both men and women, claiming more lives than prostate, colon, and breast cancer combined. The good news is that rate of new lung cancer cases has been dropping steadily with the drop in the prevalence of the use of tobacco products by men.

Depression isn’t just a bad mood, a rough patch, or the blues. It’s an emotional disturbance that affects your whole body and overall health, signaling that brain chemicals and stress hormones are out of balance. Experts previously thought depression affected far more women than men. But that may just be men’s tendency to hide depressed feelings or express them in ways different than women’s. Men are four times more likely to commit suicide compared to women due to under diagnosed depression in men.