Matcha – Green Tea At Its Best 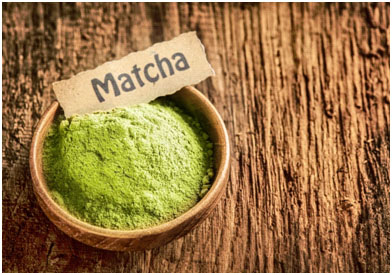 Zen Buddhist monks know a lot about living long, unstressed lives. One of their secrets: drinking matcha green tea. Although people drank green tea in China more than 1,000 years ago, it also became an important part of the Japanese culture. They named the specific green tea made from the powdered leaves of the “camellia sinensis” plant – matcha. The tea leaves are grown in the shade to increase chlorophyll content and then handpicked, steamed, dried and ground into a fine green powder. Zen and matcha became inextricably bound together as a perfect choice, to stimulate presence of mind, mental alertness, and a calm, meditative state simultaneously.

Fast forward to current times and the profound physiological benefits of matcha are now being proven by modern science, as more and more groundbreaking studies on the health benefits of green tea are published.

Even dedicated coffee lovers are ditching their double shot, lattes in favor of matcha. Why?

2011 study featured in the American Journal of Clinical Nutrition.

HOW TO HAVE THE BEST MATCHA EXPERIENCE

Matcha green tea is available as a concentrated powder and can be found at health food stores. It is best to go with organic matcha, because it is produced without any artificial fertilizers, herbicides or pesticides. It is also best to buy unsweetened matcha and only add sweetener if needed.

Do not add matcha green tea powder to boiling water because it will taste too “grassy.” Boil the water and let it sit for 5 minutes before adding the tea. And tea experts warn that with matcha quality is key and fresh, pure matcha is on the expensive side but well worth it. A low price tag can be a red flag for a poor quality product.

If you’re not drinking matcha green tea yet, now is the time to try this metabolism-enhancing, stress-reducing, immune-boosting, cholesterol-lowering, cancer fighting, anti-aging tea!