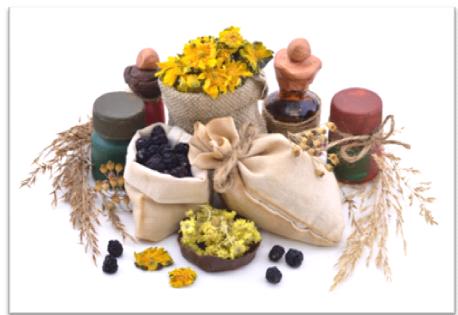 Long before the discovery of modern medicines, families used natural homemade remedies based on plants to treat everyday illness. In fact, it is possible to successfully use them to treat everything from minor colds, flus, cuts and scrapes and even irritable bowel syndrome in a safe, inexpensive way. Here are some common plants that make great remedies:

Calendula, also known as pot marigold, has been used for centuries as an antifungal, antiseptic, wound-healing ally, according to the National Library of Medicine. The petals of these cheerful yellow and orange daisy-like flowers are very handy when infused in oils and made into a balm/ointment/salve. Calendula salve can be applied to rashes, like diaper rash, and other irritated skin that needs soothing.

Cilantro boasts a unique flavor people either love or hate. The leaves often garnish Mexican and Thai dishes. The seeds, known as coriander, are a prime ingredient in Indian curries.
Few think of this plant as a medicinal herb, but studies show it’s a powerful digestive aid and may be capable of removing heavy metals and other toxic agents from the body.

The oils, tannins, and bitters in lemon balm’s fragrant leaves and flowers have a relaxing antispasmodic effect on the stomach and nervous system. It may also help fight off viruses like herpes simplex when used topically.

Peppermint may relieve digestive discomforts like indigestion and vomiting when brewed as tea. It can also soothe sore muscles when applied topically as a liquid or lotion.

Rosemary is the great reviver herb that can stimulate energy and optimism and sharpen memory and concentration by bringing more oxygen to your brain. It’s a wonderfully stimulating alternative to caffeine when you need that second wind.

Long recognized for its sweet perfume, lavender also boasts medical benefits as a mild antidepressant that may also benefit your nervous system, according to some studies. Add lavender oil to your bath to alleviate stress, tension, and insomnia. It’s also used in creams to treat sunburns and acne.

Chamomile is one of the best herbs for treating colic, nervous stress, infections, and stomach disorders in children.
Best of all – any of these herbal plants are easy to grow indoors year-round so that you can always have them on hand.